Although many satellite images are captured with little or tolerable degradation, due to the effects of near band or in band pager interference, some images are more badly affected. This image received from Meteor M2, June 20 2017, orbit number 15301, 11:00 hours, 137.900 MHz, shows the effect of both in band and near band data transmissions from local, ( Oxford, UK )  high power pager style systems. 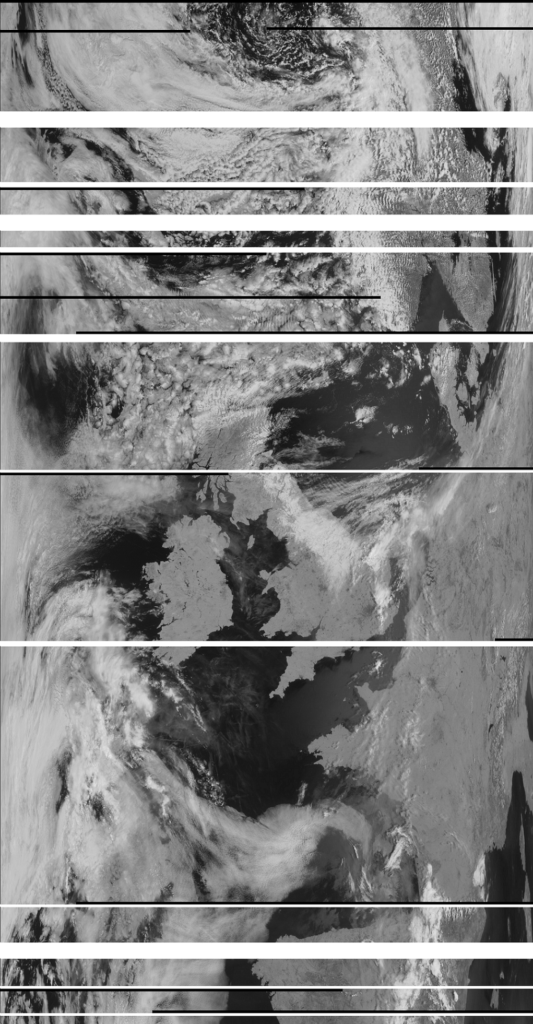